The shuttle can hold up to three times more yarn; this massively reduces downtimes. The thread tension is regulated on the shuttle. The amount of front thread specified by the design is precisely fed in by means of servo motors (LÄSSER SERVO FEED). Using the same borer technology as shuttle embroidery machines, flawless borer holes can be achieved.

To expand the possibilities, applications such as sequins, cord, thermocut or laser can be installed. 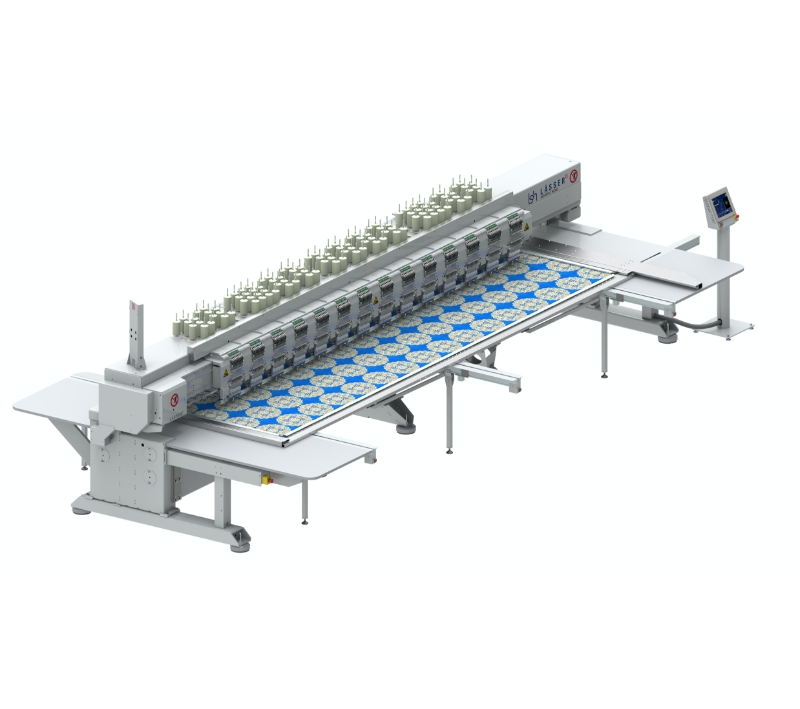 We are happy to help